Back in 2009, going on a university exchange programme was all the rage. Half of my university clique had gone on an overseas internship or study trip lasting 3 – 6 months. Many found it rewarding and some even found love interests along the way.

Looking back, I would say that while going on a university exchange programme isn’t absolutely necessary, it certainly did help with character development and for me, a little self discovery. As my friends back in Singapore would have observed, I became a somewhat more sensitive, considerate person.

Here are ten lessons a university exchange taught me, five years on.

1. Studying or working overseas does not guarantee you a good job. But there are soft skills to be picked up.

After returning from my 6-month internship, I had a dream that someday I want to be back in India, working. Little did I realise that salaries in India are almost half of that in Singapore, and it is almost impossible to find an entry-level job in India which pays as much.

Therefore, I settled on Singapore jobs, and I am still working in Singapore three years on.

That aside, it is the soft skills which you will build up along the way that helps you in your professional development. For instance, understanding cultures, the way people interact and their impression of deadlines will be helpful if you were to be posted to the Mumbai office for three months. When doing regional coordination for 7 markets in a previous job, it was much easier to understand the psych of the team in India and get things done.

Friends who did internships in China also picked up language skills. It was found that Singaporeans who were unable to verbalise their order in Chinese at Singapore hawker centres returned from China speaking Mandarin like a pro.

2. You don’t have to go on a university exchange programme to succeed in an overseas job.

I’ve met many friends who have not gone on university exchange programmes, but have succeeded in their job postings overseas.

Friend T for instance, travels at least once a month to countries in South East Asia for her travel retail job. She is well liked by the staff in these countries and does her work well. Friend L, who chose to stay in Singapore during her university days to be part of the executive committee of an investment club survived well as an auditor in China, which is a no mean feat. This includes dealing with accounting terms such as credit, equity, bank reconciliation and liabilities in Mandarin, and emailing clients in Chinese as well.

The point is, having a high level of EQ and common sense is going to help you succeed in your job, more than any university exchange programme.

3. Decide on how you would like to develop yourself.

Are you career driven? Would you like to hone your leadership skills and project management skills? If so, perhaps a stint in the executive committee of a co-curricular activity would be more appropriate.

Alternatively, you could be that laid back soul who wants to enjoy the best of the world before starting work (Yours truly). If that is your life dream and purpose, go for it! I have been working for three years and there is no better time to enjoy travelling, than during one’s university years. I would go as far as to say, these were the best and most memorable trips were during my university days.

4. Study hard, work had… but most importantly, Play Hard.

A Friend N who went for exchange to a European country told me that he worked very hard to top the class all the time. That resulted in some Europeans throwing dirty glances in his direction, as he had ‘spoilt the market’ by working so hard. The thing is, the grades were not transferable and they were just a Pass/Fail grade back home.

Now my dear readers, if your objective is to go on an exchange to score good grades, that’s fine. But since you have travelled thousands of miles, be sure to take the opportunity to see the world when you can. Once you start working, taking leave and going on a long trip will be different. You would have more money to spend, but the feeling of going on a carefree travelling trip may never be the same again, especially if you’re deeply involved with your job or have family commitments.

5. The money spent on travelling while on exchange is worth every cent.

When my friends headed to US or Europe to study, they took on loans of more than SGD10,000 to fund their travel and living expenses. I was stumped when they told me and I asked why would they want to incur such a huge debt before even starting work.

Three years into my working life, I have seen the value in time and spending money. I learnt that sometimes, it’s important to spend money gaining new experiences, such as trying different types of food, wine and visiting special places even though they are far out from the city and it costs a bomb to get there.

Personally, my time spent in India wouldn’t have been meaningful if I did not spend the money to travel beyond Delhi. I saw the River Ganges in Uttarakhand and Varanasi, took a slow train up to the mountains of Shimla and then crossed the border into Nepal. I also recalled spending a heart-wrenching €90 paragliding in Nepal under the persuasion of my Friend T. And to this day I have no regrets.

If you’re keen to be working while travelling, do consider getting yourself TEFL (Teaching English as a Foreign Language) certified. That allows you to obtain some income while overseas. More importantly, you get to meet and interact with people from different cultural backgrounds too.

6. Living together with someone for six months can be a hellish experience. But if you overcome all that, you become Friends.

Before I went to India, I was a rather messy person with a questionable sense of hygiene. My roommate (a girl I had just met) had to remind me countless of times to shower the leftover hair on the bathroom floor to the shower trap. It was only in the third month before I finally picked up that habit.

There were also several instances in which I talked in my sleep in the middle of the night, giving her a big shock. I felt really bad because that’s not the sought of thing you would like to be burdening a person you just met and yet you can’t really do anything about it.

Thank goodness, we managed to put such things behind us, and I would like to think that we are still friends. : )

I’ve also heard of instances in which friends who go on exchange together stop being friends when they return, because of the inability to accept their friend’s living habits. Or that the exchange had revealed their friend’s true colours – (irresponsibility, failure to clean up after oneself), some aspect which they were not able to accept.

7. Just because you have spent 6 months overseas doesn’t mean you’re any better than your friend who has stayed in Singapore to complete his university modules.

I absolutely cannot understand why some think they are superior to others because they spent a semester abroad. It’s one thing to be sharing about your experience, and another to be bragging about it.

Spare a thought for your friends who haven’t been on exchange when you say, “Oh so during summer we visited Munich, Milan and Madrid, but still no time leh! We still wanted to cover Barcelona, Berlin and Budapest..” ZZZ…

Also, it has been observed that Singapore university mods can be more challenging compared to those which are offered overseas. So if your friends have aced them, they are really good.

8. Leave the accent BEHIND. 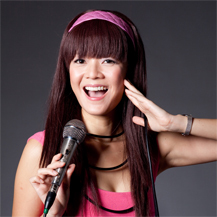 Unless you’re returning to cement your reputation as an SPG (Sarong Party Girl), please leave the accent behind. I have friends who studied overseas for four years and they return to Singapore speaking like a normal human being. 6 months is definitely not a reasonable nor sufficient time to stimulate a change in accent.

Speaking with an American accent may sound very sexy to a selected group of people (Caucasians maybe?), but for the majority of Singaporeans, it is not the case. Resisting the urge to laugh out loud can be a very strenuous process, especially on the mouth and stomach. I can imagine it to be terribly embarrassing should one forget, and reverts back to her Singapore accent for a split second, in a moment of shock or surprise. #truestory ; )

9. Your university exchange may not bring you the highest paying job in the industry, but it’s bound to leave you with an unforgettable experience

I’ve always put my experience in India in my resume, but as seen from twenty interviews later, it’s not something most companies look out for. Instead, they look for work experiences, and it helps if you know someone in the company who could recommend you. A university exchange may not help in that, especially if you’re networking with Singaporean students, instead of hiring managers of an MNC.

10. You learn hard truths about yourself

I’m not sure if it was because a) my behaviour was unbearable, b) my friends in India decided that they had nothing to lose cos they only had to put up with me for six months or c) there was nothing much to do in India, but my friends who were on the same exchange in India were certainly more open about my not-so-pleasant character traits, than long time friends in Singapore. One of the biggest revelation/observation is that I can’t dance for nuts – and intense training in Bollywood dancing certainly did not make things better.

Would I recommend for university students to go on exchange programmes, five years since my last one?

My answer would be two words. Hell yeah! Because travelling and living in a country is very different. And in most case, the country you have lived in for six months could eventually become your favourite country in the world.

It also depends on your aspirations. If building the way forward to a good career path is your priority, then perhaps staying in Singapore and securing those prestigious internships will work as well.

Feel free to drop a comment should you have any thoughts or questions : )