I’ll be very honest to admit that I did feel immensely tired while viewing paintings at the National Gallery in London. I was glad I overcame this with some rather watery black coffee, but it was caffeine nonetheless. It also helped that the exhibitions eventually became less focused on pictures of madonnas and babies. It might be well relished in the 13th or 14th century, but come the 21st century, I strongly believe its relevance has waned.

The National Gallery in London has great architecture. There are ample seats for you to rest your tired feet. You could also sit down to admire a beautiful painting from afar, people watch, or simply doze off if there are too many ‘Madonna’ like paintings around you. (Maybe I had taken the paintings for granted, as admission was free.)

According to Wikipedia, the National Gallery in London was founded in 1824. It houses a collection of over 2,300 paintings dating from the mid-13th century to 1900. The Gallery’s collection belongs to the public of the United Kingdom and entry to the main collection is free of charge. It is among the most visited art museums in the world, after the Musée du Louvre, the British Museum, and the Metropolitan Museum of Art.

Thanks to the Espresso bar, I later on perked up and got a bit more excited as we progressed through the paintings. I love viewing still-life paintings, and was glad to have seen many as we went along. I also enjoyed the large, dramatic landscape paintings, but what was really memorable was that of this horse, which was painted with such intensity and life.

I still prefer traditional Renaissance art, but impressionism is perhaps, interesting because many people can have different experience from viewing one painting. I suppose impressionism captures feeling, not through aesthetics, but through the mind. This is a little more abstract, than say, a clear landscape painting of the forest in the Netherlands. (Those are my favourite kind of paintings.) 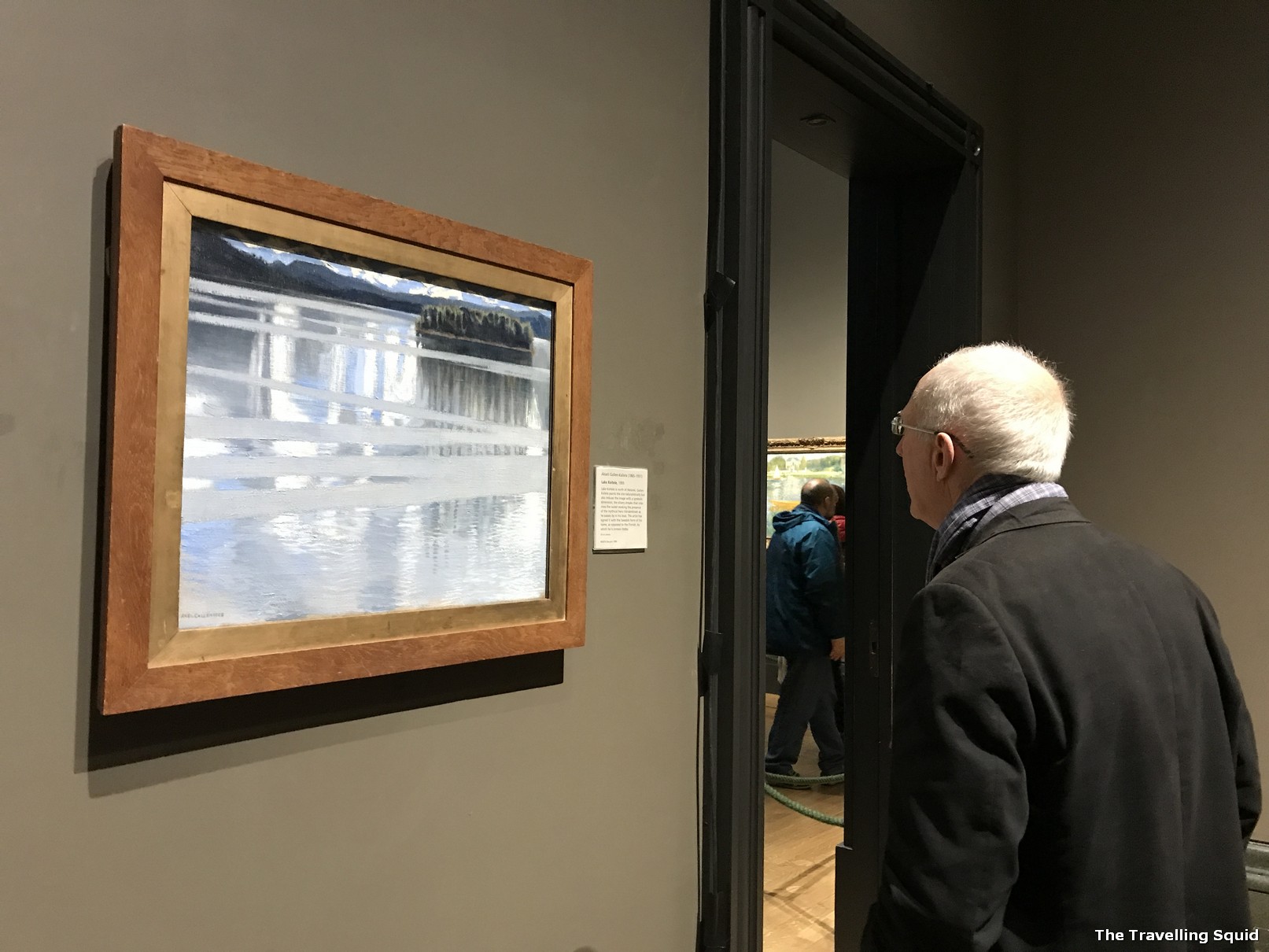 My favourite of all paintings was pointillism. I recalled studying pointillism as an art subject in school, and could never fathomed why such a tedious technique was being used, and thought it to be a niche form of art. During my last trip to the National Gallery in London, I realised that pointillism was best appreciated from a far. It is used to detail the reflective surfaces of water. It’s intriguing to see how, when you look at the painting from 5 metres away, it suddenly comes to life. It’s as if you were transported to a lake, and were admiring its surfaces right there.

I was a big fan of the portraits too. It was pretty amusing to see how some famous artists had done a slimmer self-portrait of them, compared to a portrait of them done by  their peers. Well, let’s just say that the self-portraits were better. Other portraits evoked feelings of power, despair and melancholy.

I was very happy to visit the National Gallery in London. If there was a form of art I could appreciate, it was paintings (preferably of the Renaissance style (13th – 17th century), which has counted famous painters such as Leonardo da Vinci and Michelangelo as its own. As I opened myself to new forms of art, I could only seek comfort in the intriguing landscape photos of the past – they were very much like eating comfort food.

Unlike the Prado museum where I did a list of the top 10 most intriguing paintings, there is no list to the National Gallery. Art is about freedom of expression – whatever rocks your boat. It could be a small portrait of an unknown person at the corner of the gallery, but as long as it moves something in you, it’s a great piece of art, no less than Van Gogh’s painting of sunflowers.