This is a continuation from: ‘Up Close: The Hobbit Houses of Suomenlinna‘.

To be perfectly honest, it’s fine to visit Suomenlinna without knowing its history. It’s a nice island on its own, made up of sturdy park benches, lovely wild flowers and green fields. It’s a great place for those who love nature (#thatsme).

But knowing its history would help you understand the significance of the forts, canons and statues that you see. For me, learning about Suomenlinna’s history helps me picture how things were like many centuries ago. How was it like manning a guard post? What was it like passing through the tunnels? How did one feel, staying in those uber cool hobbit houses? Each canon pointing to the sea has its purpose. 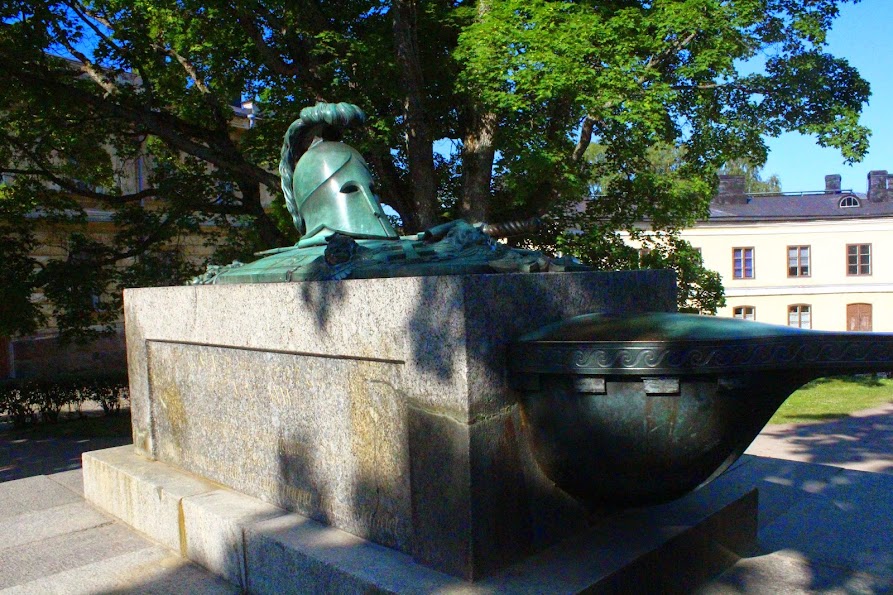 That’s why I’m writing an informative piece of Suomenlinna – keeping as short as possible. Just thought it will be cool for potential visitors to know that some facts:

Suomenlinna was founded in 1748, on islands off the coast of Helsinki. Suomenlinna is a UNESCO World Heritage Site due to its unique European military architecture. It is a bastion fortress of irregular shape that is built on uneven terrain and on separate islands. Its significance in the subsequent defence of three distinct states – Sweden, Russia and Finland gives it a special importance. It currently has 800 residents.

You can visit the Visitor Centre to ask questions or get information booklets about the fortress.

The Suomenlina Brewery Restaurant, which is known for its high quality beers is situated in the same building. Food prices are from €17 onwards. It opens at 12pm. The cheapest meal available is a wild mushroom rissoto. Steaks and meat are much pricier.

It is easy to get around on foot. Signages are readily available. You can follow the ‘blue’ route (it’s written on the signage) if you intend to traverse the island on foot. Info on wheelchair accessible routes are accessible at the Visitor Centre.

A little bit of History:

(With credits to: Unesco)

In 1747 the Swedish Diet made a decision to fortify the eastern border and to establish a place d’armes on islands outside Helsinki. France, with which Sweden had a military alliance, financed a great part of the construction during the first decades.

Sveaborg (Swedish name for Suomenlinna) was the largest construction project in Sweden in the 18th century. The fortress was constructed by soldiers in the regular army from all over Sweden and Finland. At its height, the construction crew totalled more than 6500.

European power politics also determined Sveaborg’s fate. In the war of 1808-1809, which was a direct consequence of the treaties between Napoleon and Alexander I, Russia occupied Finland. Sveaborg surrendered and became a Russian garrison for the following 110 years. At the turn of the century there were about 4000 Russian soldiers in Sveaborg.

The fortress remained in the state it had been under Swedish rule until the bombings during the Crimean War in 1855, when the British and French Navies fired on the fort. In the repairs and modernisation undertaken after that, some of the damaged buildings were torn down or made lower and a new coastal defence line of earth banks was constructed.

Before the First World War, Sveaborg, mainly serving as a depot area, formed part of the defence scheme, “Peter the Great‘s Sea Fortress“. The intention was that Sveaborg, together with Tallinn, would block off the entire Gulf of Finland and guarantee the security of St Petersburg, the Capital of Russia.

After Finland became independent in 1917, Sveaborg became a Finnish garrison and was renamed in Finnish as Suomenlinna. It served as a prison camp after the Civil War in 1918-1919. Suomenlinna was in military use for the last time during the Second World War when it served as one of Helsinki’s air surveillance centres. It served as a garrison until 1972. Its use for tourism and recreation began on a larger scale after 1963 .

Hope you enjoyed the short history on Suomenlinna. Keep a lookout for the next post on ‘Photo Story – A Walk Around The Sea Fortress of Suomenlinna‘